With such an incredible bounty of food, music, history and culture, there's no other state that can feed your soul quite like Louisiana. And that's exactly the message the state will convey to the world under a new brand unveiled today by Lt. Gov. Billy Nungesser at the Louisiana Travel Promotion Association's Annual Meeting in Lafayette.

The Louisiana: Feed Your Soul strategy will target travelers who are in constant pursuit of enjoyment by showing them how easy that is to attain in Louisiana – and how it can be found in so many different forms. The brand's key takeaway is that Louisiana isn't just for spectators, but rather active participants who truly want to feed their soul. Those who don't want to only live in the moment, but BE the moment.

The new Louisiana: Feed Your Soul brand was created after six months of research, testing and analysis led by Miles Partnership, a strategic marketing company focused exclusively on travel and tourism. It replaces the previous brand, Pick Your Passion, which had been used for the past seven years and wasn't resonating as strongly within the state's target markets.

'I am thankful for the hard work of Miles Partnership, the marketing firm we tasked with rebranding Louisiana,' Nungesser said. 'They approached the task of creating a new brand like a business, with research driving the entire campaign and leading every strategic decision. Louisiana: Feed Your Soul will be a highly effective call to action, because it appeals to both locals and visitors alike.'

Today's launch of the new brand is the culmination of six months of rebranding research and analysis. That process began in July 2017 with a Louisiana Image Study conducted by Longwoods International, the world's foremost travel research company, and led by Longwoods chairman George Zimmerman, the former State Travel Director from Michigan responsible for the successful Pure Michigan campaign. The results of that study showed Louisiana had a strong image across a number of attributes when paired against competitors like Texas, Tennessee, Georgia and South Carolina.

All eight of Long Island’s industrial development agencies and Discover Long Island are teaming up... 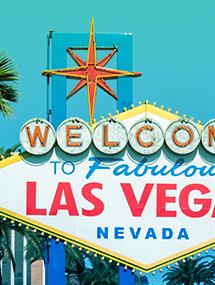 Here's why the Coast falls short as a family-friendly vacation destination, survey says

Locals tend to think of South Mississippi as a coastal playground for families, with affordable...

In 2016, tourism had a $20 billion impact on Wisconsin's economy, according to Tourism Economics...