'Half the money I spend on advertising is wasted; the trouble is I don't know which half.'

Gov. Jim Justice can commiserate with the turn-of-the-18th-century sentiment of John Wanamaker, a Philadelphia retailer, who introduced fixed prices and merchandise returns to the industry. He also purchased the first half-page (1874) and full-page (1879) newspaper advertisements in history.

Management often faces the dilemma of promoting a product or improving it. Not that both can't be done simultaneously, especially if you listen to the quality-management folks. But sometimes it is a competition between product and promotion.

We are the only state in 2016 whose deaths exceeded births, while also suffering from out migration. Some 2,700 more West Virginians died than were born, accounting for more than one-fourth of our total population loss of 10,000. That decrease was the most of any state relative to population size.

Some 17.9 percent of us live in poverty, fifth-highest in the country, and we have one of the oldest populations of any state.

On the other side, we have some of the greatest natural beauty in the country. Check out the pictures on the West Virginia tourism website at gotowv.com if you don't believe me.

What should we do?

Well, if states are each a living laboratory in our federal system, then we ought to pay attention to what happened to Colorado when it eliminated its tourism marketing promotional budget in 1993 — $12 million to zero overnight. Now that's serious downsizing.

Bill Siegel, founder and CEO of Longwoods International, a market research firm with expertise in tourism, prepared a report on Colorado's experience.

Colorado's winter tourist season was well-entrenched by the early 1990s, but the summer season wasn't. That was the focus of the Colorado Tourism Board's promotional budget, paid for by a tax of 20 cents on every $100 of tourism expenditures.

Coincidentally, in 1992, Colorado amended its constitution, requiring new taxes to be approved by state voters. In 1993, the short-term Colorado tourism tax ended, and it came before voters to extend. It didn't pass. So, Colorado's tourism budget went from $12 million to zero dollars, just like that.

Within two years, Colorado lost 30 percent of its U.S. tourism business, resulting in $1.4 billion in lost revenue. That increased, Longwoods estimated, to $2.4 billion by the late 1990s. Another independent economic impact study confirmed the results.

Colorado's attempt to market the state with private funds during this time was of little impact, as industry contributions were not mandatory or focused.

In 2000, a new Colorado Tourism Office was formed and received $5 million of funding. By 2004, the new promotion had generated $1.4 billion of additional tourist spending and $89.5 million in state and local taxes, which increased over the years.

The Longwoods report concluded that more than $190 in overall tourist sales were created for every state dollar spent, yielding a 12-to-1 bottom-line return on Colorado's investment in taxes raised.

Will this work for West Virginia? Nothing is guaranteed, but it is a good indicator of the range of return we can expect.

One thing we can guarantee, however: No investment will result in no return. 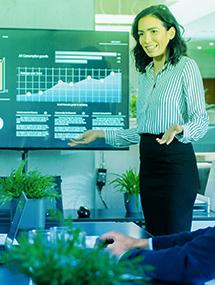 Does tourism research and marketing matter? Or do visitors drift into Southwest Florida on their...

Colorado moved back into the top 10 tourist-drawing states in America for the first time...