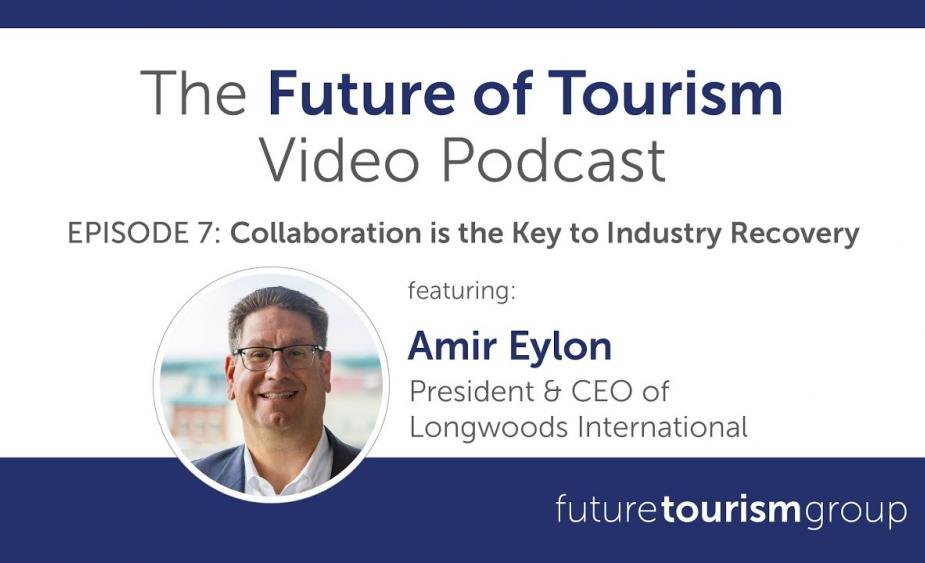 Over the past 40 years Longwoods International has literally changed the way we look at tourism research. My friend and mentor Dr. Bill Siegel established Longwoods in 1978 and made it his mission to develop tools for the research industry to serve senior decision makers and marketers.

In 2016 Longwoods’ ground-breaking Halo Effect research measured, for the first time, the impact of both tourism marketing and visitation on a destination’s image for major economic development objectives

In 2019 Bill passed the torch to one of the brightest and best in the industry, Amir Eylon, former State Tourism Director for Ohio and Vice President of Partnerships and Engagement at Brand USA.

Amir and I sat down to talk about the changes that DMOs and destinations face  in the midst of this COVID-19 crisis and the opportunities he sees coming out of it.

In particular, he sees:

But the most urgent thing right now is this, says Amir, “every DMO needs to stop thinking about where they've been and find the clarity to figure out where they need to go next!”

As destinations are forced to restrategize, restructure, reduce budgets, and redeploy resources elsewhere, Amir sees opportunity. “Obviously, the old catchphrase “doing more with less” is going to be a reality for at least the next year or two for many destinations,” says Amir. “There are so many great tools out there and there's not one tool that builds the roadmap for you. To get a holistic picture you’ve got to put all the pieces of the puzzle together.”

Making resources, suppliers and partnerships align and harmonize is key to doing more with less.

When it comes to intent to travel, Longwoods shifted to create a weekly barometer, a sort of pulse check on American travelers. The results are telling and Eylon’s high level analysis is that intent to travel is down by some 30%, and what intent is intact is looking at proximate travel vs. long haul. None of that is a surprise. Amir sees the current forces acting on the consumer and the industry represented in the nexus of where fear meets demand.

“In a quick nutshell, every week we are going to our travel USA panel, which is the largest and longest ongoing study of American travelers. We're picking out 1,000 American travellers and we're asking them 10 very simple questions about their intentions to travel and their sentiments towards travel.” says Amir. “And no surprise, three quarters are going to take their first trip by car.”

And while previous calamities followed a similar trajectory, the nature of this one makes it different. “This is unprecedented territory,” notes Amir. “Whether it was the tech bubble collapse, whether it was after 9/11 or after the Great Recession, (travel) demand built and then released very quickly, but now we have this pandemic, and that bubble is running right into the wall of fear.” In the case of COVID-19 it isn’t over when it’s over, it will be a factor for years to come — and likely beyond.

“Every DMO needs to stop thinking about where they've been and find the clarity to figure out where they need to go next!”

It is not just fear on the traveling consumers part either. Destinations need to ask of all constituents, do I want visitors back in my community? Amir says destinations are having that conversation right. “Are they (the traveler) going to bring the disease in? We've all kind of sheltered in place, we've all adjusted to the concept of what's going on around us and now that the playing field is going to be changed again. There's some fear and hesitancy and we've never seen this before.”

The most important thing Amir would like to share with us is this: Now is the time to be helpful. “In closing, I think my message to everyone is, and I know it sounds very much like the old Mr. Rogers message, look for the helpers. We all need to be focused on being helpers. And that's what our industry has done. That's what our DMOs have been doing. We're all being helpers. If you keep that helper mindset on, a little bit more than the next guy, you're gonna find yourself suddenly three steps ahead. So keep being helpers, please.”

Thank you Amir, I couldn’t have said it better myself.