Visitor Numbers and Spending at All Time High

DENVER, JUNE 19, 2013 — /PRNewswire-USNewswire/ -- Denver had a banner tourism year in 2012, setting new records for visitor volume and spending, according to the Longwoods International annual visitor profile study. The report, commissioned by VISIT DENVER, found that Denver welcomed 13.6 million overnight visitors in 2012, 3 percent more than in 2011 and an all-time high. This increase was reflected in both leisure and business travel sectors: (Photo:http://photos.prnewswire.com/prnh/20130619/DC35069 )

"We are very pleased to see that our marketing efforts are working and that we continue to see an increase in the amount of lucrative 'marketable' visitors that come to Denver," said Richard Scharf, president & CEO of VISIT DENVER, the city's official tourism marketing arm. "Tourism and conventions don't just happen. The Longwoods study allows us to see that since 2005 when voters approved more marketing dollars for Denver, we have seen a 43 percent increase in the number of leisure visitors coming to our city," Scharf said. Denver overnight visitors also set a new spending record in 2012, generating $3.6 billion of spending in the city, 9 percent more than in 2011. Both tourists and business travelers contributed to the increase:

The average daily expenditures of the various segments provide a relative measure of each one's "value." Marketable leisure visitors spent an average of $104 daily, while business visitors spent even more on a daily basis at $112 per capita. In comparison, the typical visitor coming to vacation with friends and relatives in 2012 spent only $49 a day. Because these different segments have shorter and longer stays, another way of looking at value is overall spending per trip to Denver. The biggest spenders by far are business and marketable leisure visitors, who spent $349 and $324 per person in Denver respectively in 2012. In comparison, people visiting friends and relatives each spent just $211 while in the city. Denver's image (what visitors thought of the city) improved across the board. Visitors appeared to have had a great experience in Denver in 2012 and ratings were higher than they have been in three years. Just over 7 in 10 visitors agreed strongly that Denver is a place they would "really enjoy visiting again." Denver's image in 2012 scored higher than in 2011 for: service; a city that offers historic aspects; a city that has a unique culture; a city with interesting people; a city with great cuisine; a city with a sense of excitement; and a city offering great shopping. The top states sending vacationers to Denver in 2012, apart from Colorado itself, were:

The top cities from outside of Colorado sending visitors to Denver in 2012 were:

In 2012, vacationers spent an average of 3.4 nights in Denver, nearly the same as in 2011 (3.3 nights). Among business travelers, the overall length of the trip to Denver remained about the same as in 2011 at 3.7 nights. Nationally the average trip length was 3.6 nights in 2012, its third year at approximately that level. The top attractions in 2012 were:

About VISIT DENVER, The Convention & Visitors Bureau Celebrating more than 100 years of promoting The Mile High City, VISIT DENVER is a nonprofit trade association that contracts with the City of Denver to market Denver as a convention and leisure destination, increasing economic development in the city, creating jobs and generating taxes. Tourism is the second largest industry in Denver, generating $3.6 billion in annual spending in 2012, while supporting nearly 50,000 jobs. Learn more about Denver on the VISITDENVER website and atTOURISMPAYSDENVER, on Twitter @iknowdenver and the VISIT DENVER Facebook page, or by phone at 800 2 DENVER.

According to the latest Longwoods International tracking study of American travelers, the dramatic increase in... 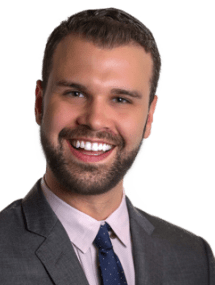 Spurred by the company’s growth, Longwoods International announced today that Brian Screptock has joined the...

According to the latest Longwoods International tracking study of American travelers, the emergence of the...